David Jones holds the recorded for the shortest rise up the political ladder & the longest fall…..

Jones started adult life with aspirations so great that he thought they would naturally be born upon him.
Jones an only child was spoilt rotten, he was bullied at school because of his stature and arrogance. The bullying along with his inbreed arrogance helped with Jones’s evolution, much like that of a caterpillar, that metamorphoses in most cases to a thing of beauty.
In many ways Jones reminds me of a butterfly, not one of these types of butterfly’s: 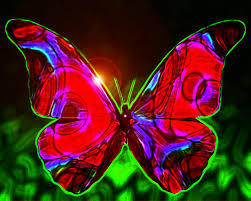 Full of warmth and beauty, more like one of these;

Seems rather an appropriate image, after all the man is often described as being an ass, full of excrement…..
More seriously though, since the advent of the internet and later, social media, Jones discovered a way of venting his frustrations toward other people, people he found either superior to him or felt intimidated by them, not necessarily intellectually or by their status in society, more because of their natural confidence and popularity amongst others.
Jones discovered the art of internet trolling and via his many social media accounts he trolled the very people I have alluded to.
Jones had at last found a way of gratifying his inadequateness,  in many ways his trolling helped him achieve a feeling of superiority, a feeling of euphoria, Jones had found a way to safely bully anyone he choose to.
Anonymity is the key to successful trolling.
Jones new found confidence manifested itself in his every day life, for example, when confronted with situations that involved colleagues or political opponents that he found difficult to assert himself with or against, Jones would relish the moment he could return to his internet aliases and assault these very people.
Jones happily defamed these people and their families all in  the safe knowledge that his victims didn’t have a clue who was causing them so much upset and worry.
Jones enlisted friends, friends that he felt safe and comfortable with, people he knew harboured similar frustrations as himself.
Nigel & Wendy Roberts, the former owners of the defunct Newsagents ‘Nigel Roberts’, in Llandudno, by coincidence along side selling Newspapers the Roberts had their shop full of troll like teddy’s.
The Roberts served as publishers for Jones’s various trolling platforms.
Jones became a Freemason, many weak minded individuals use the comfort of Freemasonry as a kind of blanket, a blanket to wrap themselves all in together, a very corrupt and secretive blanket of support.
Jones used his connections in the Freemasons to assist him and protect him and his fellow trolls.
Jezz Hemmings, Tom Davidson, Judith Phillips and Ruby Williams all of whom are connected with the local press.
DSU John Hanson, Inspector Ian Verburg, Chief constables Richard Brunstrom & Mark Polin, Chief Superintendent Simon Humphreys, PC Gary James, PC Mark Bamber all serving North Wales Police Officers.
Jones began to climb the political ladder, publically he towed the line, voting positively on issues that the PM was passionate about.
Jones used his anonymous trolling to counter his public towing the line, safe in the knowledge his superiors didn’t have a clue.
Jones positive voting eventually paid off and in 2012 Jones was given a ministerial position, he was ecstatic, but he began to make mistakes.
Jones used his new found status to assist his fellow Freemasons, namely a chap called Bowden.
Bowden had for a long time been jealous of a company called ‘North Wales Recovery’, a successful family run business that had for sometime held the very lucrative police contract.
They held that contract for no other reason other than they had the resources to cover a large slice of the North Wales area.
Bowden wanted that contract, Jones sent in VOSA and the tax man, claiming that the owners were not running their business honestly, the contract was suspended, this period of suspension was over the Xmas period which only sort to lengthen the process whilst investigators did what was deemed necessary around the very busy holiday period, this nearly resulted in the loss of employment for the many local people employed by this business & closure of North Wales Recovery.
Two weeks later the suspension was lifted as both VOSA and the tax man found no evidence of illegal practices.
North Wales Recovery has recently been sold and Bowden after several recent meetings with Jones has the police contract.
Jones was beginning to rock the boat with his fingers dipping into pies that were biting back, people were starting to ask questions, reports were made to North Wales Police by people and families effected by Jones’ very successful troll blog ‘Thoughts of Oscar’.
Additionally Jones was blundering through his ministerial life, he seemed to think himself untouchable and in many ways he was, thanks to the protection he had received from his Masonic friends.
Jones publically declared:

http://www.bbc.co.uk/news/uk-politics-21472004
Jones then went on to claim this about a disabled veteran:

https://www.morningstaronline.co.uk/a-913a-Tory-Welsh-Secretary-refuses-to-apologise-for-calling-disabled-bedroom-tax-victim-a-liar
Jones was fast becoming an embarrassment to his party and as a consequence was sacked.
Angry at his removal from office Jones slunk back into the dark recesses of his world of trolling, he attack disabled children, gay people, businesses and even used deceased family members of his victims to cause maximum damage.
Anyone who stood up to him Jones used his connections to shoot back down, individuals suffered the upset and stress of false arrests, unlawful house searches and confiscation of goods.
Jones’ blog had a collection of photographs of children he has stolen from the Facebook & Twitter profiles of their parents, He used these photographs to taunt his victims.
Jones recently made the mistake of setting up a false Twitter account to anonymously troll David Cameron.
Jones’s is witnessing the slow destruction of his life, not brought about by the hands of his many victims but brought about because of his own warped & greedy mentality.
Today is Good Friday many people will be attending religious gatherings to celebrate Easter, Jesus etc.
Jones likes to tell one and all he is a good Christian, he is in fact the total opposite and a hypocrite, a good Christian would never behave like this horrible man.