In her official police statement Wendy Roberts says, “Mrs Windmill was taking photographs of the damage done to our cars, she was using a large camera with a large lens, that had a blue strap”.

LIAR, she was using her iphone.

Wendy Roberts goes on to say, “Mr Windmill remained in his car”.

LIAR I was stood next to her at your gates also taking photographs of your trashed cars, and will do so again if a similar incident was to occur, after all this is clearly in the public interest. 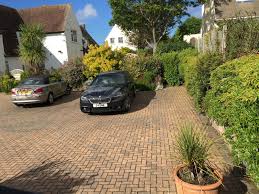 As evidence Wendy Roberts provides a picture of me in my car, this picture coincidentally shows my wife sat next to me and was taken by the Roberts as we drove away, why did they not provide pictures of what they accuse us?

Conveniently Wendy Roberts does not provide a photograph with my wife taking pictures of her damaged cars, sporting an imaginary large camera with an imaginary large lens and being supported by an imaginary blue strap, if I was the investigating officer into this heinous crime I would want to know why?

Nigel Roberts also accuses my wife of the same heinous crime, a crime North Wales Police arrested her for a section 4 harassment offence and raided our home, somewhat over the top don’t you think?

Goodness knows how North Wales Police would have acted if the Roberts had said we had smiled at them, another crime Roberts accused me of in his next statement.

Why has the investigating officer of this despicable crime not spoken with Mr Eugene Jenkins, the Roberts’s neighbour, who was photographing me and my wife as we returned to our car after I had taken photographs of the damage done to the Roberts’ cars with my I phone 6 plus.

Here he is, Mr Jenkins photographing my wife and I, this particular picture was taken by my wife on her I phone 6 plus, not on the large imaginary camera that Wendy & Nigel Roberts accuse her of sporting.

If at all the camera existed then it would show up on the pictures taken by Mr Jenkins, so why did North Wales Police not use his pictures as evidence? simple answer is they couldn’t because they would have made a mockery of these trumped up charges.

This is another pack of lies dreamt up by the Roberts’ which North Wales Police have sort to use as an excuse for raiding our home and confiscating all our electrical’s, more importantly those belonging to our three lovely children.

Anyone reading this would find it unbelievable, unbelievable that a police force can use such terribly over the top actions against an innocent family just for the protection of themselves and their registered police informants, who also happen to be Freemasons, as is the case of the high ranking bent Police Officers that ordered our illegal arrests and the subsequent search of our property and seizure of our goods.

I suspect the idiotic Officers responsible for these stupid over the top decisions were hoping to find some evidence of wrong doing on our part on our hard drives, especially on the hard drives of our children and more importantly on the hard drive of the xbox one they confiscated from our 8 year old autistic son, bloody bent coppers found nothing because there was never anything to find and now we are suing North Wales Police for their over the top and illegal actions.

Civil claims have been submitted against North Wales Police via our solicitors Broadie Jackson Canter.

North Wales Police once again have acted unprofessionally and completely over the top and all to protect those behind the troll blog Thoughts of Oscar, why? what is really going on here? what are they really trying so hard to hide? perhaps a paedophile ring involving police officers, an MP, a newsagent, a solicitor, and a retired journalist, amongst others.

These people responsable for all these lies, false arrests and all this mayhem have to be hiding something terribly wicked in order to behave this way, I for one will only desist in my efforts to expose them once the truth is revealed.

Sooner or later this will all be exposed.