To my surprise justice is finally served

This wretched creature who turned up to abuse his victims dressed in his Masonic attire is one of many Freemasons to finally face the law, these monsters have been protected from prosecution by their fellow Freemason colleagues for decades,  Freemason colleagues who hold positions of authority within the Ranks of our police forces, senior officers like Chief Superintendent Simon Humphreys of North Wales Police, who himself a Freemason was hurriedly retired from the force last year because of his involvement with the troll blog ‘Thoughts of Oscar’, and that poisonous blogs authorship.

Some MP’s with senior ministerial positions have also aided in the protection of fellow Freemasons, fellow Freemasons trying to hide their repulsive behaviour, Freemasons like Gordon Anglesea, who used this masonic oath (You must conceal all crimes of your brother Masons…and should you be summoned as a witness against a brother Mason be always sure to shield him…It may be perjury to do this, it is true, but you’re keeping your obligations).

Probably the beginning of his sexual abuse against young boys.

Where he abused many boys and quite often in his Masonic attire.

His promotion helped by his masonic counterparts.

Some of his victims, now troubled young men, report the abuse they suffered at his hands.

Anglesea wins the case thanks to his powerful Freemason friends who held high positions throughout the judiciary.

The tribunal panel was made up of fellow Freemasons.

His arrest came at a time when David Jones MP/Freemason was busily trying to hang on to his position as Welsh Secretary, after some very embarrassing public remarks had been made by Jones, remarks that caused the government and prime minister to squirm, shortly after Jones was sacked as Welsh Secretary.

The evidence by this time was so compelling that even his Freemason friends were beginning to run for cover.

The MP for Clwyd West David Jones a close friend of Angleseas and a fellow Freemason, once held the high ministerial position of Welsh Secretary, during his time as Welsh Secretary he authored the poison pen style troll blog ‘Thoughts of Oscar’, interfered with criminal trials and appeal hearings, offended same sex couples, offended the disabled and actively protected Freemason colleagues who found themselves on the wrong side of the law, colleagues like Nigel Roberts, the Llandudno internet troll, who thanks to Jones’ protection has as yet avoided prosecution for his deplorable behaviour.

The protection Jones gave was reciprocated in November 2014 when covert recordings revealed Jones to have been a major authour behind the poison pen anonymous blog ‘Thoughts of Oscar’.

Senior police officers in North Wales Police, themselves Freemasons, protected Jones from prosecution during their ordered investigation into his blog, they never once interview David Jones, Nigel Roberts or Dylan Moore, the three men proved to have ordered that blog.

Why has our currant Chief Constable, Mark Polin, allowed Jones, Roberts and Moore to slip through the justice system?

A question this blog has present enough evidence for the authorities to use against Jones, Roberts and Moore, but the authorities instead attack my blog, my family and me. This blog continues to try to find more answers. 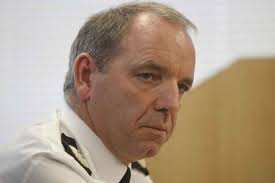 JUSTICE DENIED
Justice denied has formed a pressure group to protect those denied justice. Join us now by going to www.justice-denied.com every-one welcome! The more of us who join together the more we can use the power we already have to make a real difference.
Thursday, 16 January 2014
http://google-law.blogspot.co.uk/2014/01/freemason-and-ex-north-wales-police.html