Humphreys lied on numerous occasions about his knowledge of who authored the troll blog ‘Thoughts of Oscar’.

Humphreys was hurriedly retired early 2015 when the truth of his lies were made public.

This snake used his position to authorise the arrests against me and my wife at the behest of his Freemason colleague and friend the MP for Clwyd West David Jones, additionally he authorised the investigation into the troll blog ‘Thoughts of Oscar’ and its authors to be made to look good but swept under the carpet.

Thus disgusting rat was recently jailed for 12 years for historic sex offences against young boys, he was protected for years by North Wales Police and the Freemasons, David Jones MP is a close friend of his and regularly visited the Bryn Estyn children’s home in Wrexham with Anglesea, the same place that Anglesea and his associates raped young boys.

Accessed information on the police national computer and passed it to a member of the public.

Parked his boat on double yellows for months at a time, had an affair with a wpc after her husband died and spent his entire time as Chief Constable fixated with motorists. 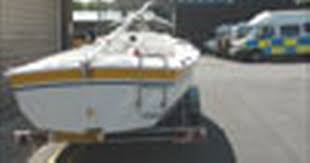 TWO North Wales policemen who attacked a man at a Christmas party were spared jail.

The two officers concerned have not been named and are still employed by North Wales Police.

This was an unnecessary and deliberate act and although there was a public outcry neither officer was named or punished.

Deliberately ran a deer down on the A55 whilst doing over 90 mph when returning to St Asaph at the end of her shift, the deer was subsequently destroyed, thousands of pounds worth of damage to her vehicle was paid for by the tax payer and her crime covered up by her husband and his friend, superintendent Mark Owen and Superintendent Rob Kirman.

None of these corrupt officers have been punished.

Covered up the truth behind the authorship of the troll blog ‘Thoughts of Oscar’, & lied to its victims, Verburg assisted Nigel Roberts, the self confessed author and a North Wales Police informant and he colluded with the corrupt MP for Clwyd West David Jones to hide Jones’ involvement of the same.

She has never been punished.

This is what he said

He was recorded saying that Stephen Lawrence “deserved it”, describing his parents as “spongers” and said the murder suspects should have “diplomatic immunity”.

He also placed a white pillowcase over his head and pretended to be a member of the Ku Klux Klan, and said he would bury an Asian under a train track.

A shamed police inspector jailed for “warped” child sex offences and a crime scene investigator exposed as a paedophile have been allowed to keep their comfortable public sector pensions.