How I view North Wales Police

Its such a shame that the public face of NWPolice, is so heavily tainted, and all because of their authorised actions illegal actions against innocent family’s and individuals, implemented for the protection of crooked coppers, Freemasons and a bent MP, as in the case of David Jones MP, the little excrement bag, who uses his Freemason contacts in NWP, to do his dirty work. 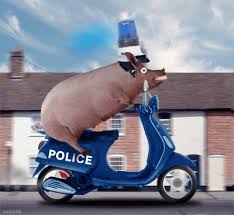